Master fantasy artist and illustrator Frank Frazetta passed away Monday at the age of 82. Frazetta has had a massive influence on later generations of artists- painters and illustrators of course, but also filmmakers as well.

Illustrator Greg Manchess posted his view on Frazetta at the tor.com website and the Ninja Mountain and Sidebar podcasts have published tribute shows as well (links below).

Also, here is an interesting quote from Guillermo del Toro, as taken from Frazetta's obituary in the LA Times (link below):

Guillermo del Toro, the Oscar-nominated co-writer of "Pan's Labyrinth," which he also directed along with the "Hellboy" films, said that Frazetta was nothing less than "an Olympian artist that defined fantasy art for the 20th century." The filmmaker, reached Monday in New Zealand where he is working on a two-film adaptation of " The Hobbit," said Frazetta's influence is difficult to explain to people outside the fantasy world, just as Norman Rockwell would be an elusive figure to define for someone unfamiliar with the U.S. heartland.

Here are a few of my favorite Frazetta paintings: 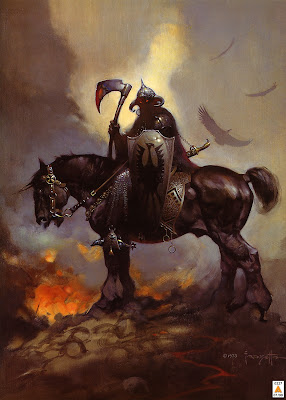 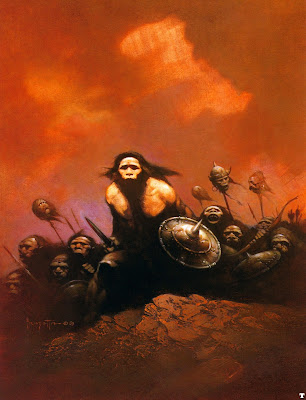 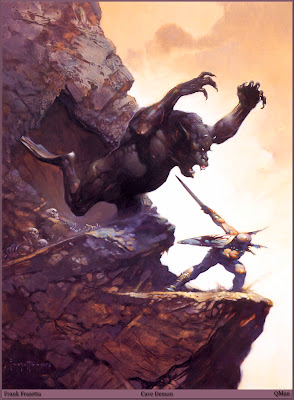 Although more well known for his paintings, his bw ink drawings are equally exceptional: 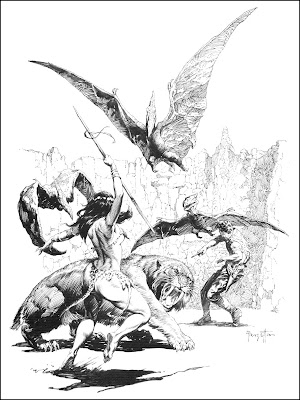 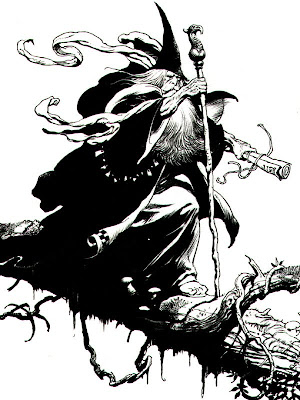 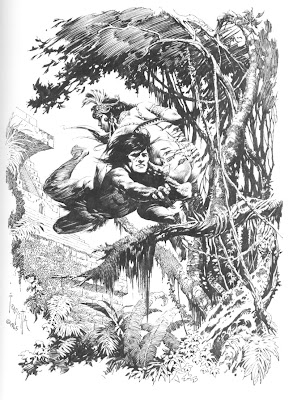 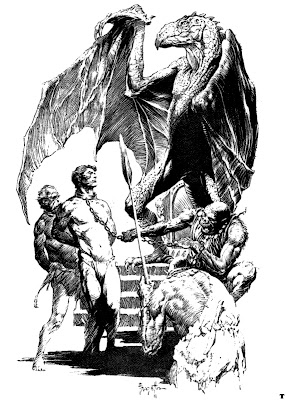