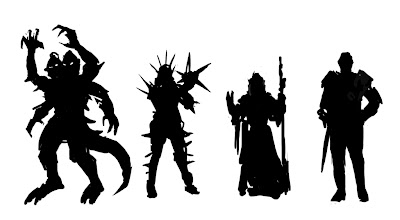 Here is my entry for the next Concept Tuesday art challenge at ArtOrder. The task: to design four characters- Defender, Striker, Controller, and Leader using silhouette only.

In our imaginary game, we have 4 playable races - adopted from the four D&D® "character roles":

Defender - Defenders have the highest defenses in the game and good close-up offense. They are the party's front line conbatants: wherever they are standing, that's where the action is. Defenders have abilities and powers that make it difficult for enemies to move past them or to ignore them in battle.

Striker - Strikers specialize in dealing high amounts of damage to a single target at a time. They have the most concentrated offense of any character in the game. Strikers rely on superior mobility, trickery or magic to move around tough foes and single out the enemy they want to attack.

Controller - Controllers deal with large numbers of enemies at the same time. They favor offense over defense, using powers that deal damage to multiple foes at once, as well as subtler powers that weaken, confuse, or delay their foes.

Leader - Leaders inspire, heal, and aid the other characters. Leaders have good defenses, but their strength lies in powers that protect their companions and target specific foes for the party to concentrate on.
Posted by Jeff Ward at 1:41 PM No comments: 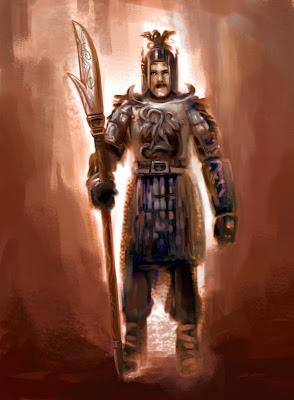 Here is recent artwork for Rite Publishing that illustrates what is called the armor of shadow. It was commissioned for Jade Oath, a patronage project. The patronage model of creation allows the patrons to commission a product that they are interested in as well as giving them input into the game design and artwork.

Want to learn more about Rite Publishing? Read on...


Drop by Rite Publishing and become a patron today!
Posted by Jeff Ward at 7:00 AM No comments: 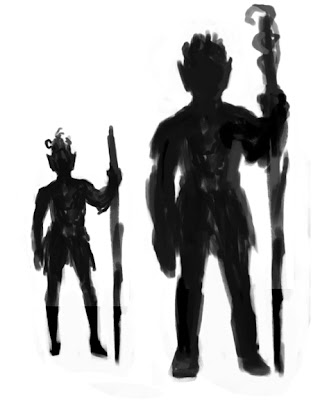 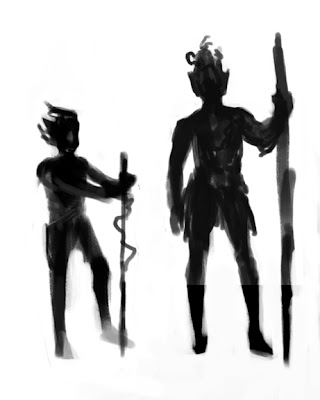 These were initial designs for a Concept Tuesday art challenge at ArtOrder. The idea is to start with silhouettes to arrive at an overall definitive design that clearly distinguishes one character from the other. The large character is an ancient, primative ancestor of the smaller, trimmer gnome.
Posted by Jeff Ward at 7:45 AM No comments:

Here is a list of upcoming convention art shows that will be displaying my limited edition prints for sale:

Among the Outer Ring 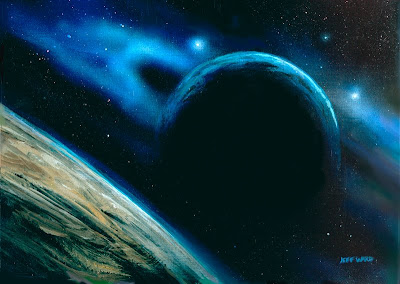 I was hunting through files for high resolution images of various paintings and realized I had never posted this painting, so here it is! Hope you enjoy it.
Posted by Jeff Ward at 2:47 AM No comments: 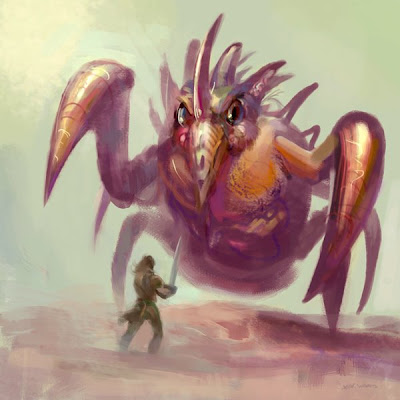 Here's something I did for Concept Tuesday at Jon Schindehette's blog ArtOrder. The idea was to design a large creature based on the boll weevil. I included crustacean and bird elements as well.
Posted by Jeff Ward at 3:29 PM No comments: